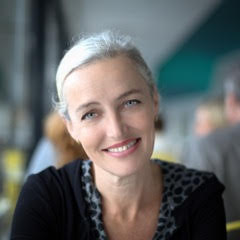 The Reverend Claire Wright will commence as the Minister of the Word at the Bathurst Uniting Church in February 2017. Her commencement service was held on Saturday 18 February 2017.

Claire trained at the United Theological College, Parramatta, graduated with a Bachelor of Theology degree from Charles Sturt University, and was ordained as Minister of the Word in 2016. She has, however, been a worship leader in a number of denominations and ecumenical ministries (such as the Walk to Emmaus and Kairos Outside prison ministry) over many years, and has served as lay pastor of Neutral Bay Uniting Church and Gereja Kristen Indonesia (2010–2013); student minister at West Epping Uniting Church (2014-2015); and Supply Minister at Greystanes Uniting Church (2016). In her ‘previous life’, she has also worn several other professional hats, as a company director, marketing consultant, writer and musician. She enjoys using her varied gifts in worship and pastoral ministry – but even more so, developing and releasing the gifts of others. Claire feels a strong calling to regional and rural ministry and enjoys serving the communities of Bathurst and Perthville.

Your ticket for the: Reverend Claire Wright